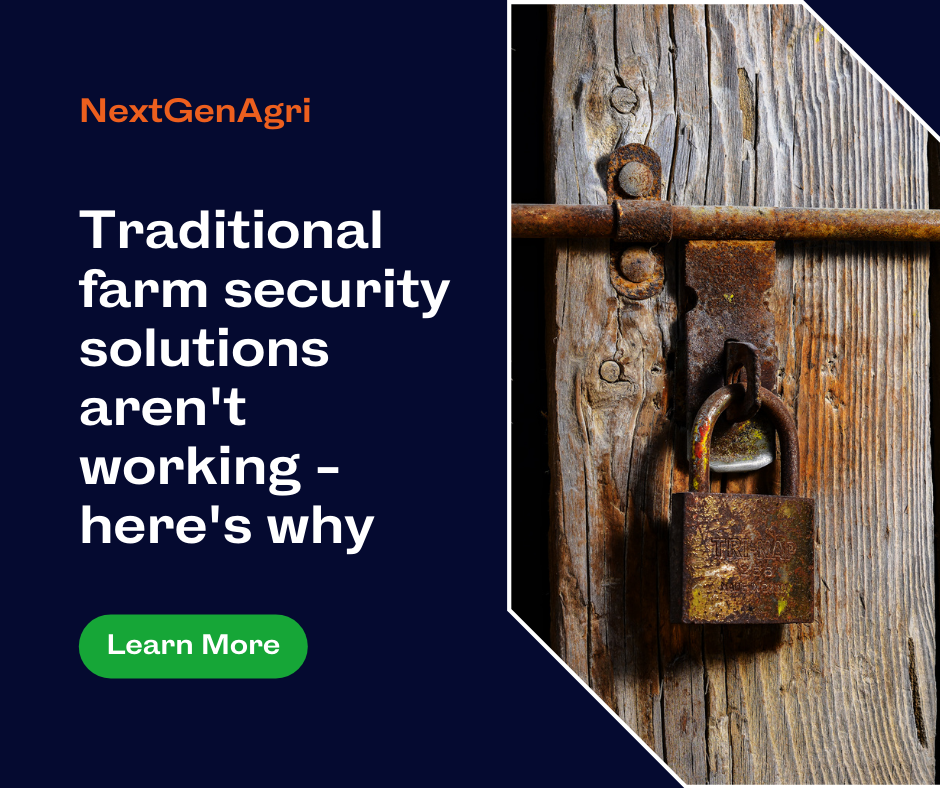 The NFU’s latest report into rural crime showed that, while thefts initially slowed down during the pandemic, thieves have now devised new tactics to overcome security barriers.

In the darker, quieter winter months, when the working days are shorter, nights are longer and there are less workers on site, thieves have the perfect opportunity to strike – so security becomes a much more pressing concern.

The problem, in many cases, is that existing security provisions aren’t enough of a deterrent. Locks can be broken, diesel can be siphoned, livestock can be rounded up and loaded onto trucks, and quad bikes can be rolled silently off the premises.

Even if an alarm or sensor did signal that someone was on site, the people present at the time – whether it’s the farmer himself, his wife or his children – may not want to go outside into the dark to confront a potentially dangerous criminal.

CCTV, therefore, has become one of the most widely relied-upon tools, but there’s a problem with this approach, too. By the time you’ve reviewed the footage, the thief – and your assets – could be long gone.

That’s where artificial intelligence (AI) comes in. There are lots of misconceptions about AI which still make people nervous, but it’s got a huge amount to offer agricultural businesses – particularly when it comes to farm security.

Broadly speaking, AI is a technology which uses machine learning to build up a picture of commonalities, which allows it to identify what’s normal and what’s abnormal. It isn’t here to replace the skills or knowledge that we as humans have – far from it. Rather, it’s a sophisticated tool that can augment our own capabilities, making life easier and more secure.

To find out more about how we’re pioneering AI as a farm security solution, see the solution in action at https://www.nextgenagri.co.uk/asset-and-farm-security/