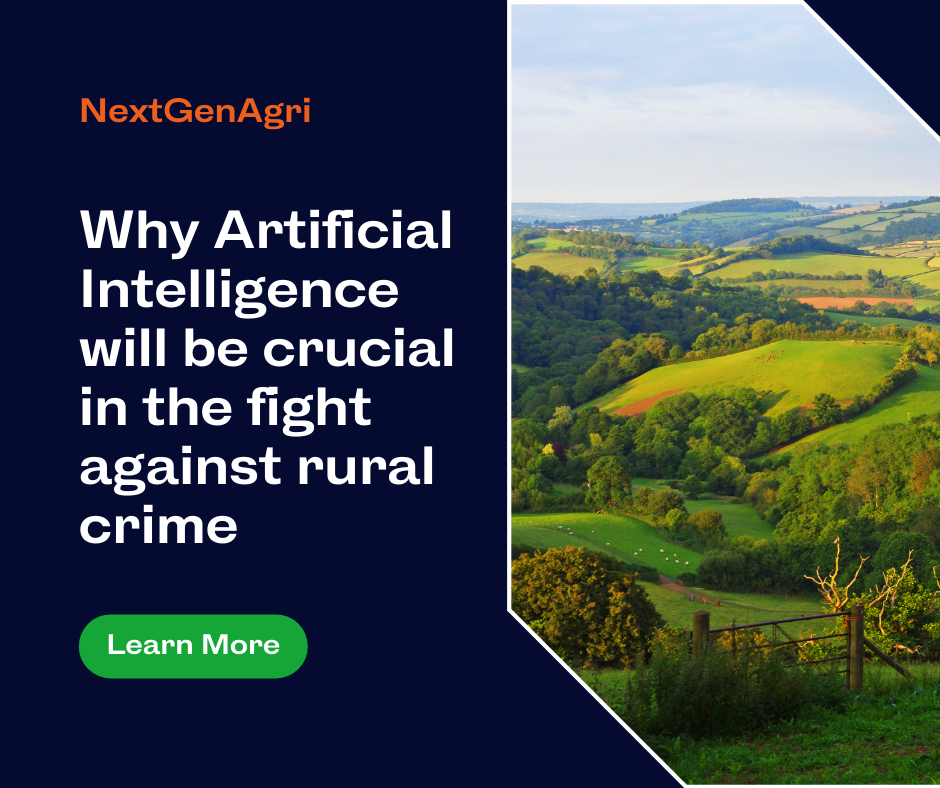 The rising numbers of farm thefts across Shropshire and beyond have been well documented over the last few years, and while there might be seasonal or regional variations, the problem is only getting worse.

The NFU’s latest report into rural crime showed that, while thefts slowed down during the pandemic, thieves have now devised new tactics to overcome security barriers.

The problem, in many cases, is that existing security provisions aren’t enough of a deterrent. Locks can be broken, diesel can be siphoned, livestock can be rounded up and loaded onto trucks, and quad bikes can be rolled silently off the premises.

In the darker, quieter winter months, when the working days are shorter, nights are longer and there are less workers on site, thieves have the perfect opportunity to strike – so security becomes a much more pressing concern.

Experts advise that protecting your assets, machinery and livestock requires a whole-farm approach – a multi-layered defence strategy that uses all the tools at your disposal to their best effect, including CCTV, robust locks, motion sensor lights, burglar alarm systems and trackers.

These tools, however, have limitations. Alarms can be set off by something as small as a spider, while foxes frequently trigger motion sensor lights. Even if they did signal that someone was on site, the people present at the time – whether it’s the farmer himself, his wife or his children – may not want to go outside into the dark to confront a potentially dangerous criminal.

CCTV, therefore, has become one of the most widely relied-upon tools, because seeing a large camera not only acts as a deterrent, but enables farmers and estate managers to identify individuals and report them. There’s a problem with this approach, too, though. By the time you’ve reviewed the footage, the thief – and your assets – could be long gone.

That’s where artificial intelligence (AI) comes in. Interestingly, the whole concept of AI still intimidates people; there are lots of misconceptions about it that leave them nervous. Yet it’s got a huge amount to offer agricultural businesses – particularly when it comes to farm security.

AI is now widely used in healthcare, education, retail and financial markets, and is increasingly used in crop monitoring. It’s actually been around for decades, and whether or not you realise it, you’re probably interacting with something that’s AI-driven on a regular basis.

Broadly speaking, AI is a technology which uses machine learning to build up a picture of commonalities, which allows it to identify what’s normal and what’s abnormal. It isn’t here to replace the skills or knowledge that we as humans have – far from it. Rather, it’s a sophisticated tool that can augment our own capabilities, making life easier and more secure.

New AI-driven tools like the farm security system we’ve just launched with NextGenAgri are now coming onto the market. This system works with any existing CCTV hardware to significantly expand its capabilities. Rather than just capturing footage for you to review, AI-driven farm security software can – in real time – use people and vehicle recognition, as well as motion sensors, to detect activity and identify whether it’s suspicious.

More than that, it gives you a chance to act through an instant text message or email alert, so you can decide whether or not to take action. If you recognise the person or vehicle, you can simply ignore the alert. If you don’t, and you’re concerned, you can quickly escalate it to your local police station – without you having to intervene yourself.

Whenever an alert is issued, the system ‘teaches’ itself more about what’s normal or abnormal on your specific premises. Every time you dismiss an alert, it knows not to show you that same person or vehicle in future. If you have seasonal workers arriving on site at 4am, for instance, you can teach the system that the worker is ‘safe’.

Since few farms could afford to employ a full-time security guard, this solution acts as a sentinel to guard your assets when you physically can’t.

The signage showing that a CCTV system has AI software installed is also a deterrent that thieves will think twice about gambling with. Ultimately, it means farmers can be pro-active, rather than purely re-active, and take a preventative as well as a remedial approach.

Through AI, we can automate security much more effectively – meaning farmers can stay one step ahead of thieves, however sophisticated their approach becomes.

Explore our farm security solution here or contact us to arrange a visit or demo from one of our friendly team.